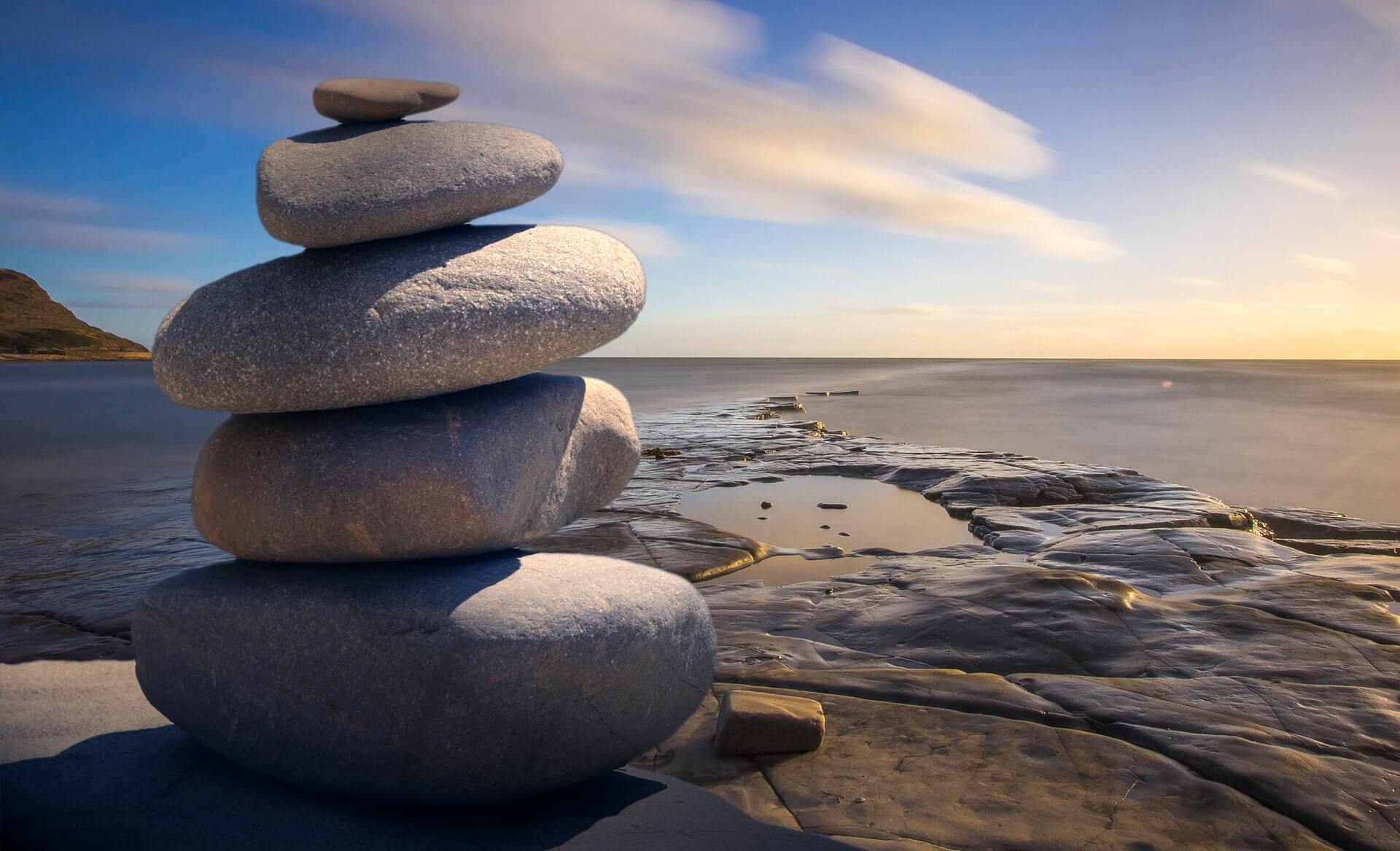 Whether it’s a visit to a natural or made-made site, traveling to new spiritual destinations has always been an essential way of experiencing spirituality. Spiritual retreat vacations are not only a form of self-care and a way of forging deeper connections to the self, the universe, and other people, but, they also bolster your sense of wonder.

A lot of spiritual travel destinations have been built based on certain spiritual traditions, but some are known for their striking spiritual energy.

That said, many of these sites are still considered sacred by certain communities who have thousands of years of historical connection to them. But, like in most spiritually-significant destinations, everyone who is understanding and respectful is welcome to these sites.

Here are the top ten spiritual vacation destinations around the globe that will help you cultivate a deeper connection with yourself, with other people, and with the universe.

India’s oldest city, Varanasi, is also seen as ‘India’s spiritual heart.’ The city, which drips color and chaos, lies at the banks of Ganges River. Varanasi is said to be the birthplace of Buddhism, and today it’s a destination that attracts both Hindus and Buddhists who come to pray.

In Varanasi, cows wander around the city freely, and bodies are openly cremated in the river. It’s a destination where you get to confront life and death.

Framed by lush jungle, Borobudur sits on the Indonesian archipelago of Java. Borobudur is the world’s largest Buddhist monument – It’s built, from two million blocks, in the shape of a giant three-dimensional mandala (a diagram of the perfect universe).

The edifice, which is built based on a true Buddhist vision,  is shaped like a pyramid that worshippers scale-up clockwise with its center representing Nirvana.

If you’re top-hungry though, you may miss out on some of the spiritual benefits; so slow down your pace and relish each of the ten levels of the pyramid – each of the levels represents a stage in your inner self’s journey. Regardless of your faith, you will undoubtedly be awed and moved by the Borobudur’s ancient magnificence.

Angkor Wat is an excellently preserved complex of temples that were built in the 12th Century and traces its roots in the Khmer Empire (802-1431 AD). Angkor Wat is also the world’s largest spiritual complex – it spans 400 kilometers.

Originally, Angkor was built as a Hindu temple meant to hold the remains of King Suryavarman II. The structure’s use, however, changed, in time, into a Buddhist temple and a place where Buddhist monks gather.

Archeologists have established links between ancient astronomical events with the placements of stones in this complex. To date, a lot of visitors report a heightened sense of cosmic connection and spirituality whenever they visit Angkor Wat.

Exceptionally remote, this spiritual relic of the ancient Inca civilization was unknown to the world for around 400 years. Machu Picchu, which sits high in Andes Mountains, is a marvel of engineering executed in the 15th Century by the Inca Empire.

The site encompasses multiple shrines, temples, and caves, some of which are linked to astronomical events. And, it’s known for the advanced civil engineering with stones so precisely shaped and put together that they don’t need mortar

Machu Picchu incites reverence, and it’s awe-inspiring. Scaling up Machu Picchu is a profoundly spiritual journey. Many of the sites are used for healing and connecting pilgrims to ancient energies. 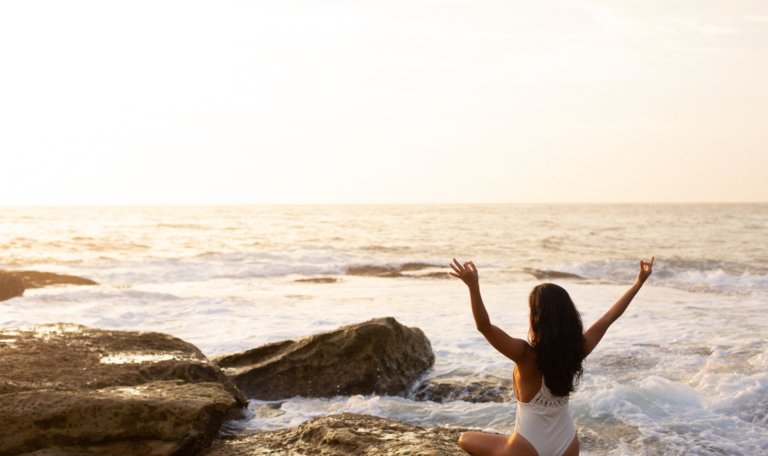 The Dead Sea, which is actually a lake, lies just a 30-minute drive away from Jerusalem. At an elevation of 1290 ft below sea level, it’s one of the lowest points on earth. The air around the Dead Sea is packed with higher levels of oxygen, and the water in the lake is ten times saltier compared to regular seawater.

While the water in the Dead Sea doesn’t support life and it’s undrinkable, this environment is believed to be amazingly healing. The water is packed with minerals like magnesium, calcium, potassium, and salts. For centuries, people have traveled to this spot from all over the globe to heal, or at least alleviate, symptoms of various conditions – from arthritis to respiratory ailments.

There is also a biblical connection to the Dead Sea, whereby Ezekiel prophesied that life will one day return to it: a sign of the healing experience that the world will undergo.

The Sanctuary of Apollo, which is deeply intertwined with ancient Greek mythology, is believed to have been built around 1500 BC, and it still stands today. The ancient Greeks believed its location, Delphi, was the center of the world.

People visited the Sanctuary of Apollo to seek the ancient god’s counsel, which will then be cryptically received and conveyed through the priestess-oracle. If you visit today, you too may have a revelation thanks to the trance-inducing gases and the sacred spring.

The Western Wall is a remnant of an ancient temple built in 20 BCE by King Herod. It remains one of the most symbolic and precious spiritual sites for Christians, Jews, and Muslims.

The limestone wall once served as the Western Support Wall for one of the most important sites for Jews – the Second Temple of Jerusalem – which was obliterated by the Romans in 70CE.  The wall that remains is referred to as ‘The Wailing Wall,’ a reference to tears that have been shed for centuries by Jews wishing to restore the holy site.

A place steeped on remarkable spirituality and history, people from all walks of life and all religions visit The Wailing Wall to partake in eternal prayer: You can write your prayer and stuff it into the wall where it’ll be corrected and then buried nearby. 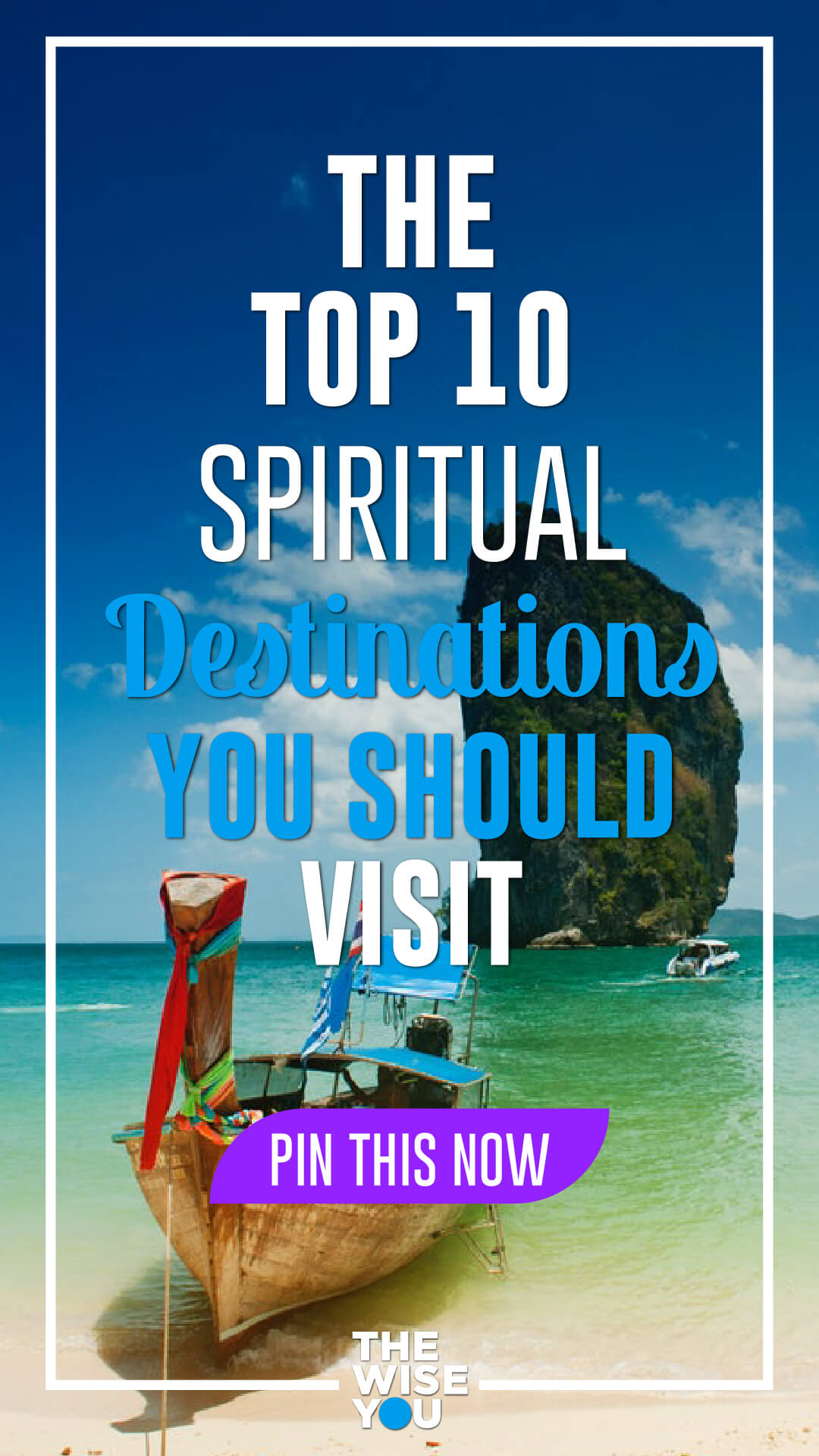 Later on, during the middle ages, millions of Christians –who believed that hiking through the trail to Santiago de Compostela will save them from purgatory after death – began to use it.

Today many spiritual seekers and hiking enthusiasts from all beliefs hike through the Camino de Santiago. The hiking trail technically comprises multiple routes, but the popular course begins at Saint-Jean Pied-du-Port, France, and covers a 500 miles distance through Burgos, Pamplona, and Leon.

Hiking through the Camino de Santiago is about the journey as it’s about reaching the destination.  The trail tests the physical and mental strength of the hikers; everyone walks away with a unique experience.

Before Prince Siddhartha reached enlightenment and then embarked on teaching others, he sat under a bodhi tree in Bodh Gaya and meditated for three nights. The site is now both a UNESCO World Heritage Site as well as only a major spiritual destination.

A complex of temples surrounds a tree that’s believed to be a direct descendant of the original bodhi tree. The leaves of the tree are valuable souvenirs for the pilgrims.

Meditation, study, and prayer are some of the things you’ll get to enjoy in this incredibly tranquil location.

Japan’s Temple Circuit, which is also referred to as 88 Temple Pilgrimage, is a 1200 km ring around the island of Shikoku (which means ‘Four provinces’).

Pilgrims believe that by visiting each one of the 88 temples sitting on the four provinces, they can get rid of the weaknesses holding them back from enlightenment and purity. Temples 1 to 23 present awakening, 24 to 39 represent discipline and austerity, 40 to 65 represent the attainment of enlightenment, and temples 66 to 88 represent entering Nirvana.

About 10,000 pilgrims sojourn around the temples annually, either on foot or tour bus. While initially a Buddhist endeavor, the circuit is today is completed for spiritual reasons, as well as tourism reasons. 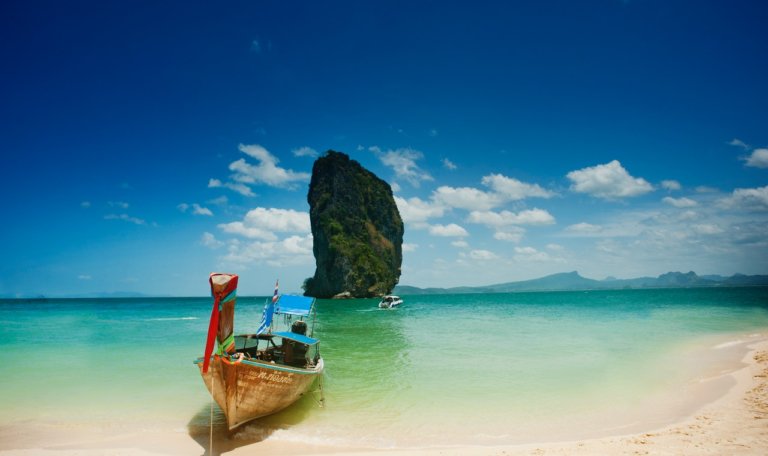 We strive daily to find our literal and figurative place in the world. This is particularly true if you live in a busy city where you’re continually bumping into people and where people are always in a rush. Such places can be too crowded and rarely leave you time to breathe and relax.

Finding a place that provides you with solitude is always welcome. However, finding a tranquil place, when you’re used to chaos and congestion, may seem like an elusive dream. You shouldn’t give up, though. There are actually multiple spiritual retreat vacation spots where you can find peace and spiritual awakening.

The world is big enough to afford you wiggle room, even when your actions feel severely constricted. It’s big enough, and it offers many spiritual vortex locations where you find tranquility, away from the hustle and bustle of the daily grind.

The locations we’ve explored above are waiting for you to enjoy them as well as relish their offerings of spirituality and serenity. 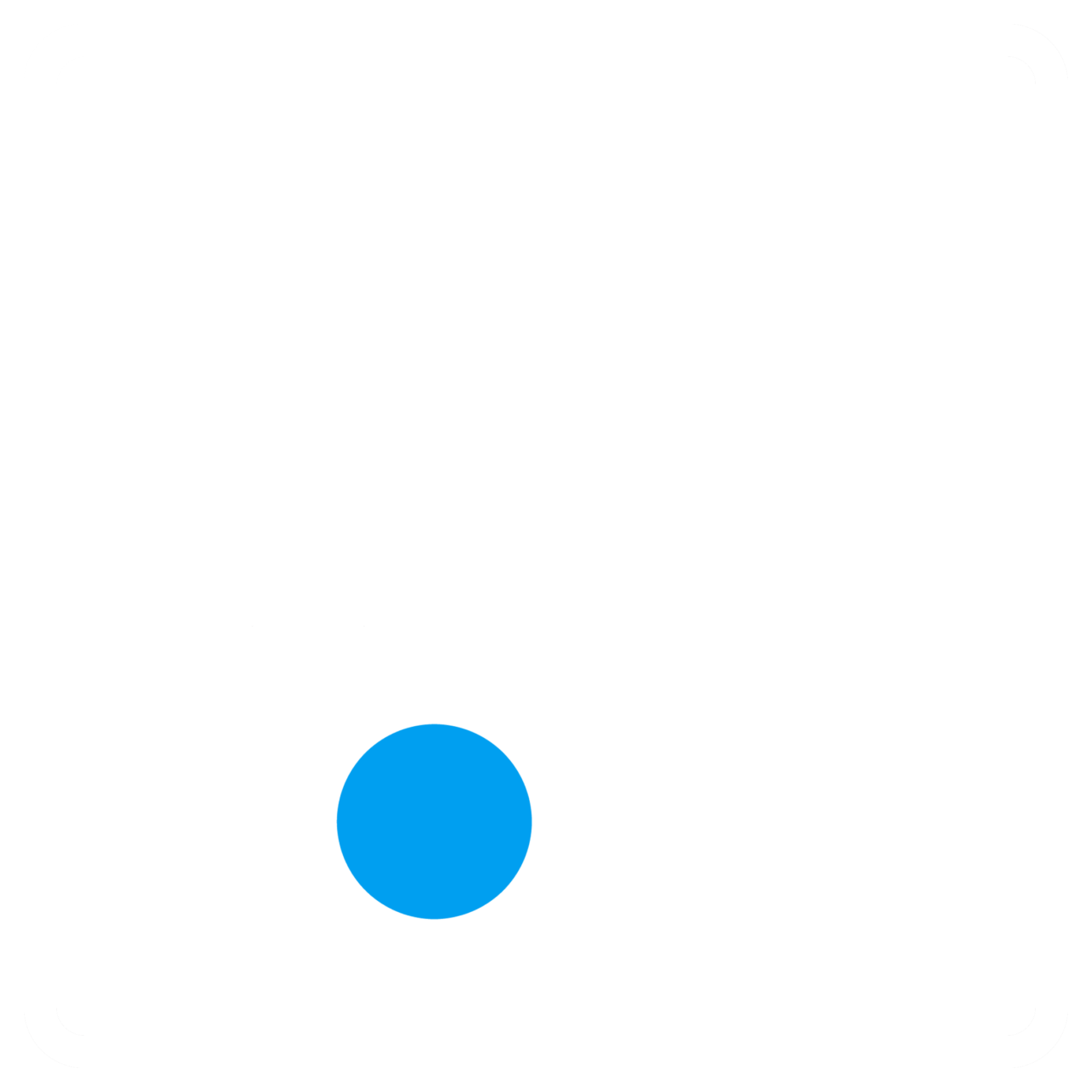